One way to measure the gender gap in higher education is to look at the leadership teams of colleges and ask some pointed questions: Are women among the ranks? And how many of them are nonwhite?

A report released on Wednesday by the Eos Foundation, a private charity, uses a different measure of who has power on a college campus. It looks at who holds the 10 highest-paid jobs at the nation’s top research universities.

A key finding is that women are notably absent among those top earners. And that’s even more true of women of color, according to the report, which is also by the American Association of University Women.

“Higher ed, in addition to being a moral exemplar, we think it could and should be the first sector in our economy to reach gender parity and fair representation of people of color at the top,” said Andrea Silbert, president of the Eos Foundation. “We’re using money as a proxy for position and power.”

“The Power Gap Among Top Earners at America’s Elite Universities” reflects the most recent publicly available data on more than 2,000 top earners at 130 colleges listed in the Carnegie Classification’s highest tier of research universities. The data is divided into three groups: core employees (mostly presidents, provosts, deans, faculty, and administrative leaders); medical-center positions (minus chief executives for health affairs and medical-school deans — they’re part of the core); and any employees who work in athletics.

The report, part of the foundation’s Women’s Power Gap Initiative, details how higher education has no shortage of women. Most bachelor’s, master’s and doctoral degrees go to women — and have done so for years. And 60 percent of women occupy professional jobs in higher ed. But that hasn’t translated into top pay for them, Silbert said. 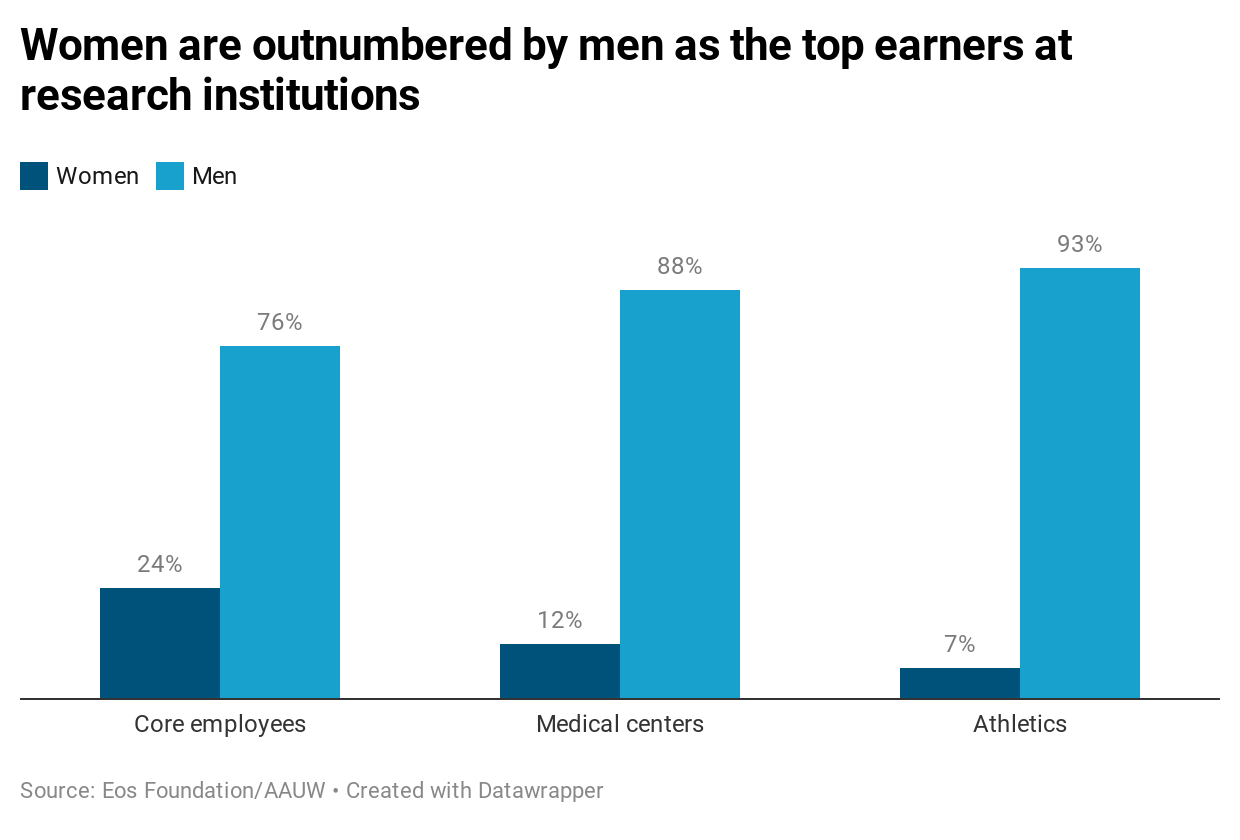 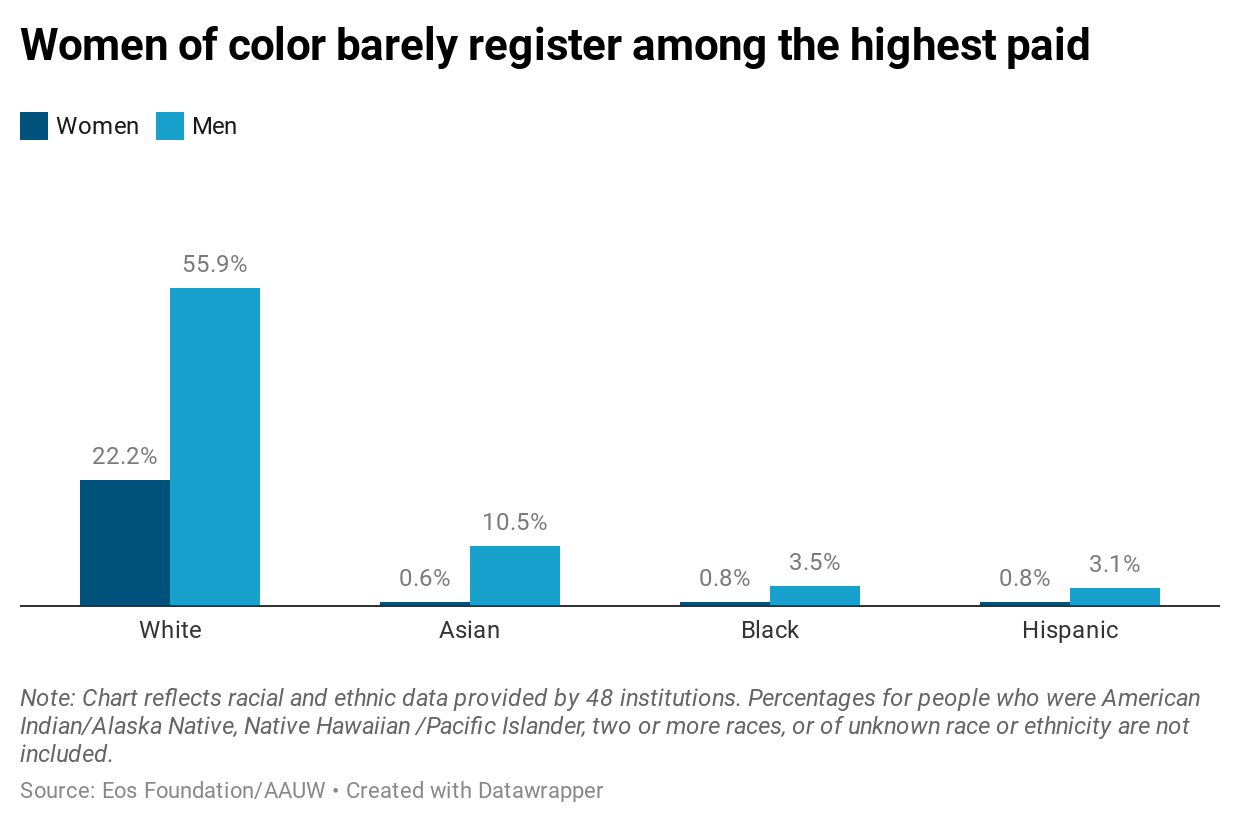 Among core employees, women of color were just over 2 percent of top earners. “It’s worse than we expected,” especially when the high levels of Ph.D. attainment for women of color are taken into consideration, said Silbert.

One example of the struggle for women of color is illustrated in the report through the story of Anita LaFrance Allen, vice provost for the faculty at the University of Pennsylvania. Allen, a Black woman, spoke of how she “stood firm” after getting resistance from the institution about the salary she would need to accept the job. “I bargained fiercely, and I am proud to have helped other women and people of color do the same,” said Allen, also a professor of law and philosophy.

The report found that 11 institutions — five of them private — had gender parity among top earners in core positions. Eight others, all but one of them public, had no highest-paid core employees that were women.

“There is a lot of unconscious bias about what a top earner looks like,” Silbert said. “The great news is there are some schools that are doing well. And they’ve been really intentional about it. It doesn’t happen by chance.”

Audrey Williams June is the news-data manager at The Chronicle. She explores and analyzes data sets, databases, and records to uncover higher-education trends, insights, and stories. Email her at audrey.june@chronicle.com, or follow her on Twitter @audreywjune.