It was early in the semester, but Aaron Ansuini already liked his art history professor. His deep knowledge of the material was obvious, as was his enthusiasm. Sometimes, when he was talking about a painting, he would slip into his native French for a few words. In an introduction to the video lectures, the bespectacled, gray-haired professor tells students that while they shouldn’t expect the course to be easy, he hopes it will be more than a dry exercise in memorization. “Art history is not dealing just with facts and with dates, but also with ideas and concepts,” he says, gesturing vigorously to make his point. “It should be rewarding intellectually and hopefully emotionally.”

During one of those recent lectures, a question occurred to Ansuini that he wanted to follow-up on with the professor. He was eager to learn more about a particular example the professor had used. So he paused the video on his laptop and Googled the professor’s name in order to find his email — that seemed quicker than hunting around for the syllabus on his desktop. What he found instead was an obituary. At first he assumed it must be for someone else with the same name. In fact, no: François-Marc Gagnon, an art-history professor at Montreal’s Concordia University, had passed away in 2019 at age 83. Turns out Ansuini’s favorite new professor was dead. 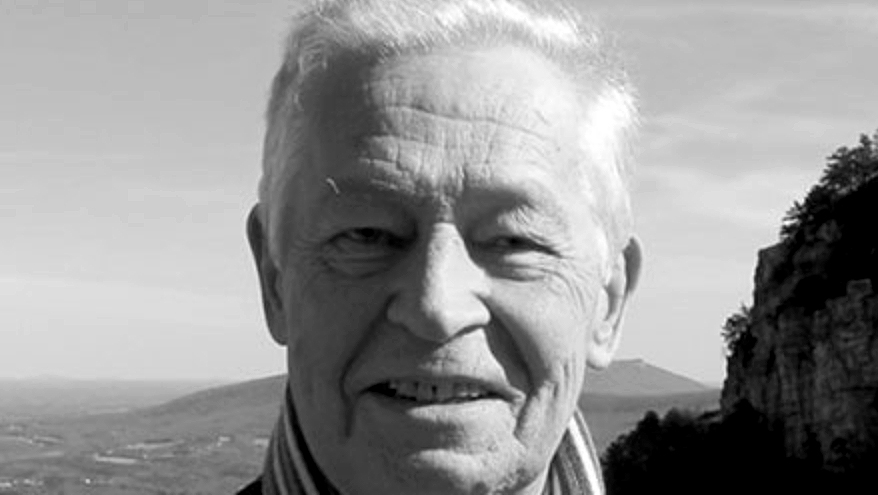 This was jarring for a number of reasons. One was that there was zero indication in the course description or the syllabus for “From Realism to Abstraction in Canadian Art” that Gagnon was not alive. Even more confusingly, Ansuini had been getting class messages that he assumed were from Gagnon, messages he realized now must have been written by a teaching assistant. “It was just kind of a shock,” he says. “I just never … I don’t know. It’s just weird when you’re getting communication, and you think it’s coming from someone, but it’s not.” He compared the feeling to finding out that your pen pal doesn’t exist.

Ansuini tweeted about it (normally he tweets about his art projects and disability issues). That Twitter thread, at last check, had well over 200,000 likes. It might have struck a chord in part because, as we stagger into Year 2 of the pandemic, professors and students everywhere are struggling to establish a rapport while staring at each other on their screens. Plus something about it just felt creepy and wrong. “Why would you not tell someone that?” Ansuini tweeted. “Do you think students just don’t give a shit about the people they spend months learning from?” His tweets were followed by comments from others like, “so strange and so sad,” and, “Gah this is so disturbing.” One person wondered: “So like, who grades the assignments?” 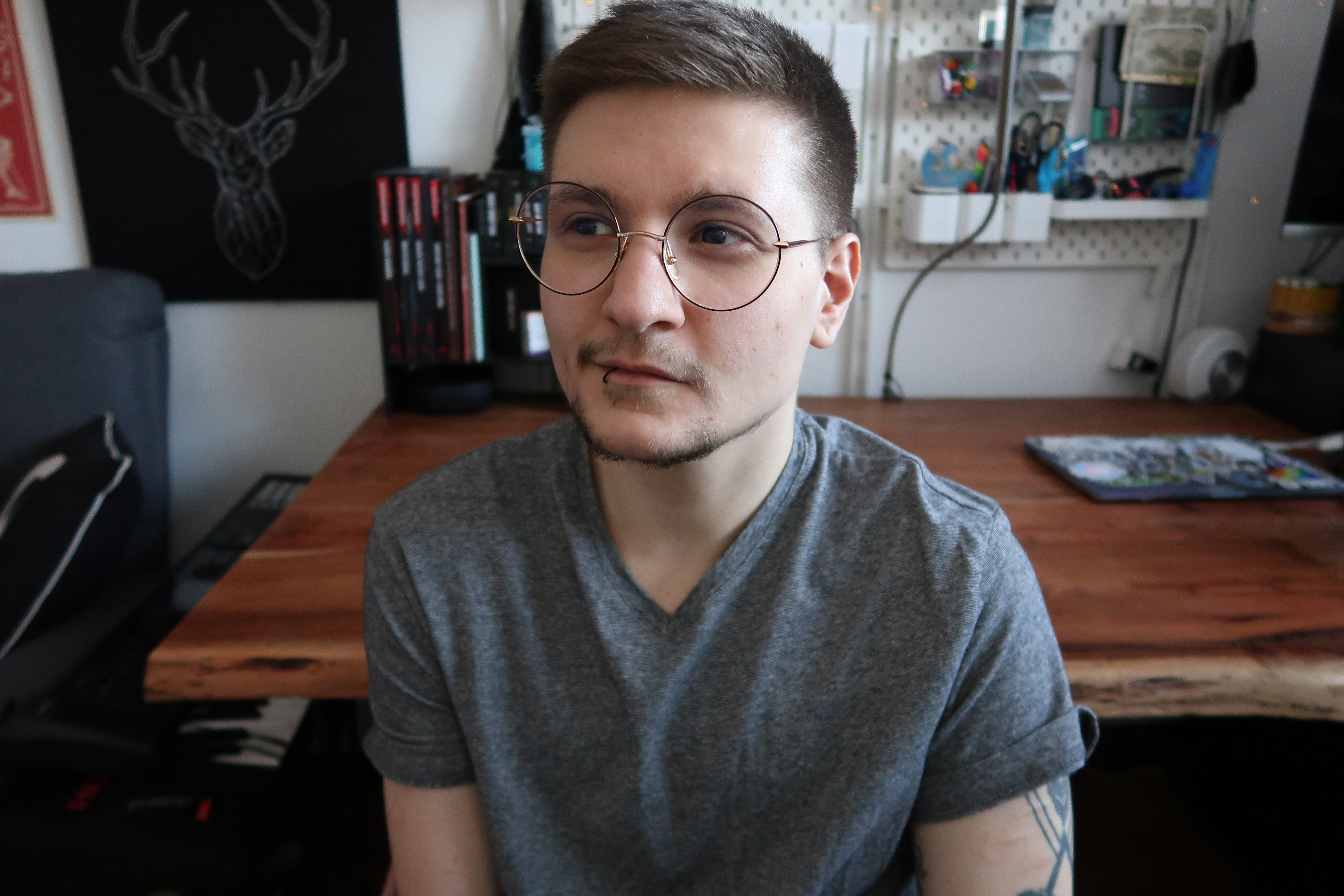 Marco Deyasi, that’s who. Deyasi, who has a visiting appointment in art history at Concordia, is officially listed as the instructor, though he’s not really that involved in actually teaching the 200-student course, which is offered under the university’s “eConcordia” banner. (eConcordia is a joint operation between the university and KnowledgeOne, a Montreal-based consulting-services company.) Deyasi’s role is closer to oversight and administration. “My interaction with students is limited,” he says. Deyasi isn’t an expert in Canadian art, though his specialty is art of the same period covered in the class. “There’s no reason why someone like myself couldn’t be in charge of TAs marking student work,” he says.

Here’s where it gets stranger. Deyasi started in fall of 2019, and Gagnon passed away in March of that year. The two never met. What’s more, Deyasi, who — again — is officially listed as the instructor for Gagnon’s course, didn’t know the professor was dead either until he saw Ansuini’s tweet. “I saw that thing from the student, and I was like, ‘Really? Oh, damn.’ You know? I just thought Professor Gagnon retired,” he said. In fairness to Deyasi, along with being fairly new to the university, he is teaching three courses, each capped at around 90 students, along with serving as the instructor for the one Ansuini is in. Like a lot of professors these days, he’s juggling a host of responsibilities in a challenging environment.

After watching several clips of Gagnon’s lectures that are available online, I see why Ansuini found him charming. He clearly loved teaching. In a 2011 essay, Gagnon recalled a class he taught in 1960 at the Montreal School of Fine Arts. “While the boys made a show of reading the paper and the girls knitted, I scrambled for some way to grab and hold these failing students’ interest,” he wrote. “That classroom, among others, became the crucible in which I learned the teacher’s trade, and that same motivation of teaching for students, of awakening their interest, has remained with me my whole life.”

He was an accomplished researcher as well. Gagnon wrote an award-winning biography of Paul-Émile Borduas, a Québecois abstract artist. In 1999, he was named to the Order of Canada, a recognition for outstanding merit or distinguished service. He was the founding director of the Gail and Stephen A. Jarislowsky Institute for Studies in Canadian Art. The current director, Martha Langford, said after his death that Gagnon had “transformed the field of Canadian art history.” It would be hard to imagine a more qualified lecturer on the topic.

In that 2011 essay, Gagnon also mentions his three children. I spoke to one of them, Yakir Gagnon, who is a researcher in functional zoology at Lund University, in Sweden. He didn’t know his father’s lectures were still being used and he thought it was strange, and a mistake, for the university not to let students know that their professor wasn’t alive. He sympathized with Ansuini’s dismayed reaction. That said, he believes his father would be thrilled that his lectures were finding an audience. “I remember him commenting on the epiphany of realizing that if he records himself explaining a subject really well, that video can be viewed by an enormous amount of people at the same time, and can be reused,” says Yakir. “He was ecstatic about that. He loved and appreciated that he could reach more people faster and forever.”

As an academic himself, Yakir did wonder about the intellectual-property implications. Now that his father is gone, who owns the rights to that work? The university wasn’t quick to provide information on that score. A spokeswoman said professors are compensated for recording their lectures but didn’t offer further details (she also said that Gagnon’s biography in the course description would be “updated”). For instance, are they compensated every time the course is offered? It is, after all, a 200-person class, and, according to the tuition calculator on Concordia’s website, a three-credit course costs in the neighborhood of $1,000. If all you have to do is pay a couple of TAs and an instructor to manage them, that seems like a pretty profitable operation for Concordia.

A policy statement on online education put out by the American Association of University Professors says vaguely that “provision should … be made” so that the creator of a course can “exercise control over the future use” of recorded materials. But when professors agree to allow their courses to be used online, they can feel pressure to simply shrug and sign the piece of paper, according to Alice Pawley, an associate professor in the school of engineering education at Purdue University and president of the West Lafayette campus’s American Association of University Professors chapter. “I don’t think there’s a standard, which is part of the problem,” she says. “Faculty are usually operating from a place of ignorance. They’re presented with a contract as if it’s a fait accompli.” It’s not unusual for a professor to be paid a lump sum, Pawley says, that allows the university to use the course however, and for however long, the institution chooses. Yakir doesn’t remember his father ever mentioning a contract or compensation.

Even though he was taken aback by the discovery that his professor was dead, Ansuini — who hopes to become an art teacher one day — plans to continue with the course. “It’s a very well-designed class, especially compared to some of the others that I’m in with teachers who are still living,” he says. “He obviously put a lot of work into it. I was just disappointed that I didn’t get to thank him for his labor.”