September, the traditional start of the fall semester, saw the continuation of historic job losses at America’s colleges just as they sought some return to normalcy amid the coronavirus pandemic.

Preliminary estimates suggest that a net 152,000 fewer workers were employed by America’s private (nonprofit and for-profit) and state-controlled institutions of higher education in September, compared with August, according to the U.S. Bureau of Labor Statistics, which calculates industry-specific employee figures. The net number of workers who left the industry from February to September now sits at around 484,000. 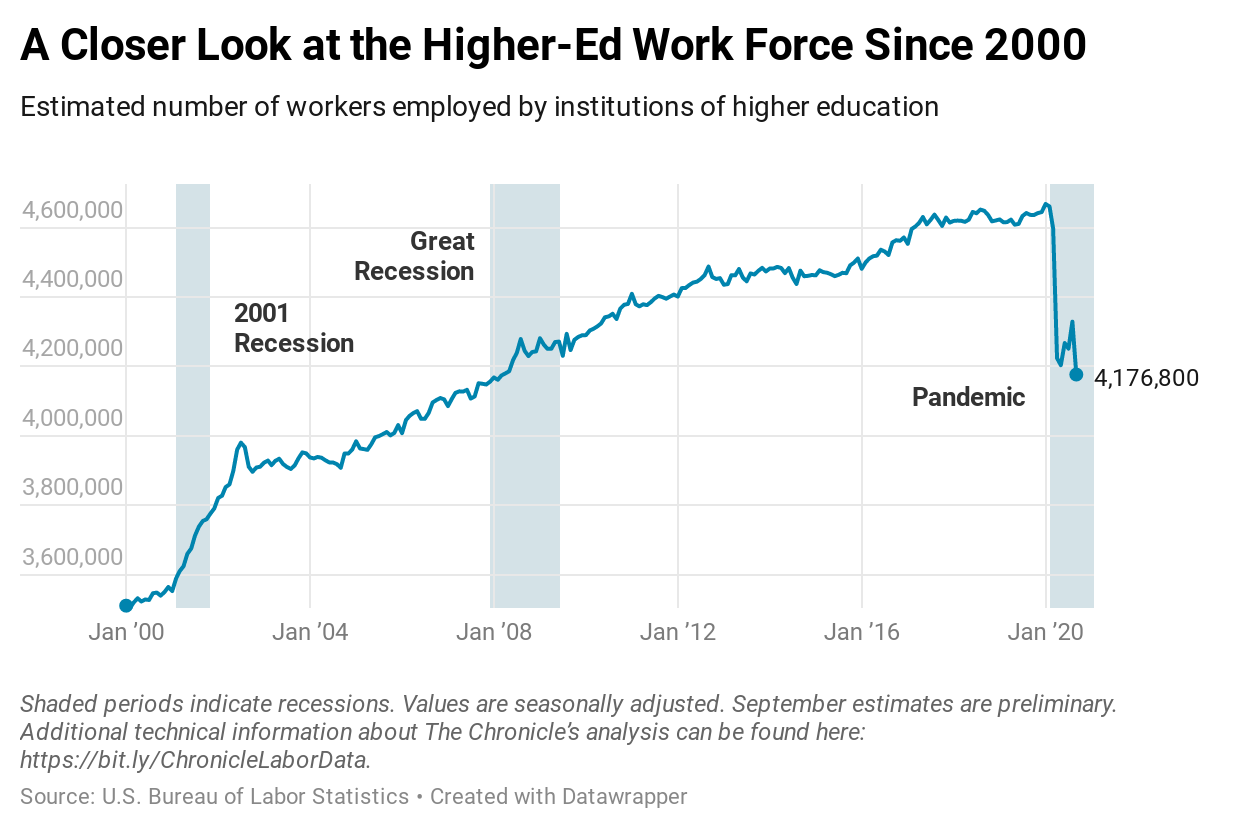 Put another way, higher education has shed at least a tenth of the labor force it had before the start of the pandemic.

In practice, some of those work-force reductions have meant the elimination or cutting back of any number of services at colleges across the country. Certain degree offerings and sports programs are likely to be gone for good on some campuses, even after a Covid-19 vaccine is approved, manufactured, and widely distributed. Meanwhile, other classes of employees have seen their workloads increase as institutions demand pre-pandemic productivity levels, fewer workers or not.

Terminations are already underway at North Carolina’s Guilford College, which announced plans last week to discontinue nearly half of its academic majors and lay off 16 tenured professors, according to the Greensboro News & Record. West Virginia State University also announced last week that it would cut 16 positions. 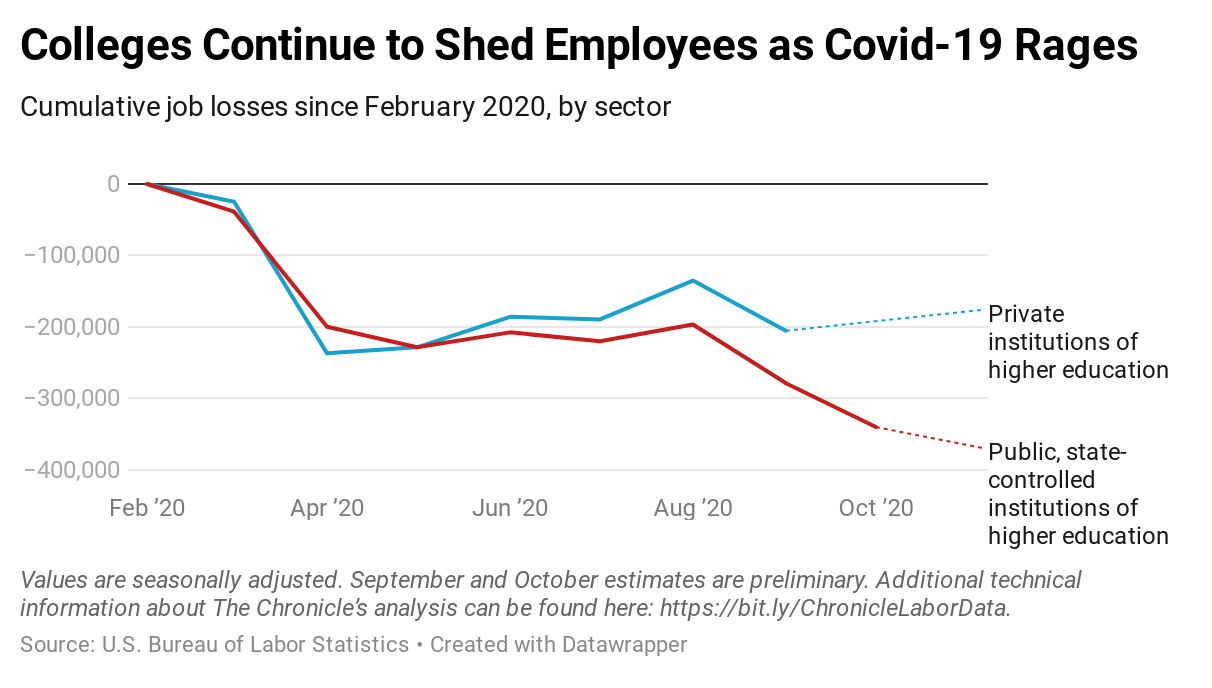 The Bureau of Labor Statistics data don’t account for the many employees who lost their jobs because of the scaled-back business of such companies as those under contract to prepare food and clean facilities on fully operational campuses.

A more-nuanced picture of higher ed’s job losses remains out of reach for the time being. But national analyses have found that low-income workers, workers without a college degree, and Black and Hispanic Americans are enduring greater economic hardship than the rest of the population is.

A Washington Post analysis in September found job losses from the pandemic had “overwhelmingly affected low-wage, minority workers most.”

“Black women, Black men, and mothers of school-age children are taking the longest time to regain their employment,” the Post concluded.

And at the Pew Research Center, analysts found that, among workers laid off due to the coronavirus, lower-income adults were less likely to have found new jobs than were middle- and upper-income adults.

Dan Bauman is a reporter who investigates and writes about all things data in higher education. Tweet him at @danbauman77, or email him at dan.bauman@chronicle.com.